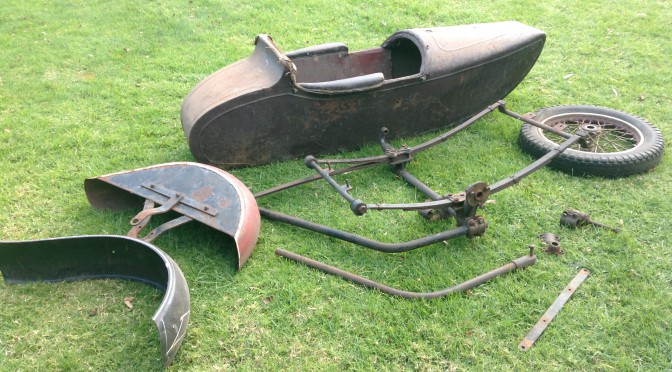 This is an original Dusting sidecar made in Australia circa 1920s/30s. These were a generic sidecar that were attached to various motorcycles. This particular sidecar had been set aside to be used with a Henderson. It is in its original condition with the leather seat intact and the Dusting logo can still be clearly seen.  The sidecar fittings are for an outfit with the sidecar on the left, ie. for UK, Australia, New Zealand or South African roads. As well as the fittings, the sidecar has its wheel and two mudguards, transfers and booklet. 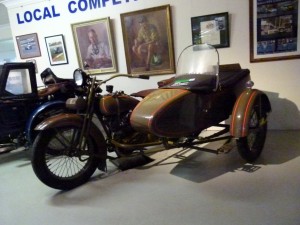